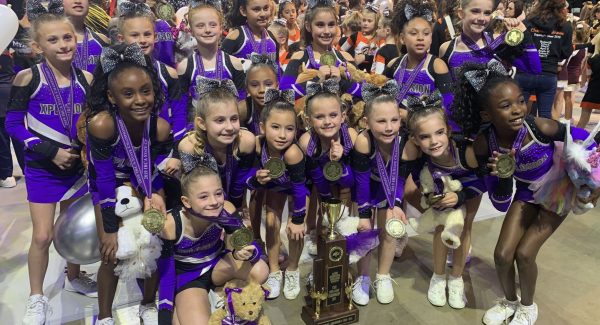 Several HBT students competed at the Illinois Recreational Cheerleading State Final competition last weekend at the Sears Center Arena in Hoffman Estates. The girls, Madilynn, Kendal, Kalie, Riley & Laraya won first place fourth-grade cheerleading state title. They have been practicing 3 days a week for two and a half hours at a time since July and have been to four other competitions in between. Which is how they advanced to state this weekend.  CONGRATULATIONS GIRLS!!!